In February, there was no class for 2 weeks and everyone was absorbed in the Olympics. So I would mainly like to describe how was the Olympics

Econ307 Honors Intermediate Macroeconomics Prof. Giovanni Gallipoli
In Feb, we studied investment, stocks and bonds, fiscal policy and taxations in terms of mathematical manners. For example, we analyzed why the lump-sum tax has no effect on consumption choices under certain conditions.The midterm was easy compared to the difficulty of material and weekly homework. I got scores around 95.

Econ326 Methods of Empirical Research in Economics Prof. Kasahara
We finished learning about the simple linear regression. The materials include logarithm, the proof of the unbiased estimator.
The midterm was extremely difficult compared to the difficulty of regular class. There was a scale-up. My final score was 96 points.

Econ407 Topics in MacroeconomicsProf. Newman  20 people
We discussed how inflation and employment trade off with each other and how the FRB chairman decides the optimal interest rate, using the Taylor rule. The professor this applied to the open economy and we analyzed the difference between the exchange rate model and the other.

Econ456 International Macroeconomics and Finance Prof. Hnatokovska  64 people
We studied the change of Balance of Payment under the assumption of investment. The professor graphed the relation between the CA and interest rate.
The midterm was easy. There were two types of midterms. But I misinterpreted the question and consecutively lost all the points in the section. My score was 75 points.

Cherry Blossoms have been blooming since mid-February. It has been mild weather.

There were several Olympic events on campus such as the Torch Relay, event shops, watching the opening ceremonies and so on. Many students traveled abroad or went downtown to attend the Olympic events.

I did not eat in the cafeteria because the food was so expensive. I went to a supermarket once each week to buy cereals, milk, juices and fruits. I ate them as breakfast or as snacks. I ate dinner on Broadway once every two days and I went to the cafeteria for the other times.
Safeway and Save On Food are common supermarkets in Canada. You can buy a lot of food and other things.

There were so many events such as watching the Olympic games, performances and concerts. The numbers were countless!! For example, on the 11th the Torch Relay. On the 12th Watching the opening ceremony.

I have enough time to buy food in the supermarket this month. I also ate out a lot of times in downtown. I did not use my meal card so I can use it fully for next two months. I bought the Olympic ticket.

My budget condition is good. I think I will spend $600 over the next two months.

I hung around Broadway once every two days during reading break. There are a lot of sit-down restaurants, cafés and fast food restaurants. The latter type is tastier, cheaper and offers countless variety of food. You can get downtown in 20 minutes. so it is worth going everyday!

I want to introduce some good restaurants I found so far.

This burger shop is near the Toysrus on the Broadway. This shop won the burger competition many times. All food is not too expensive but the one below is $6. 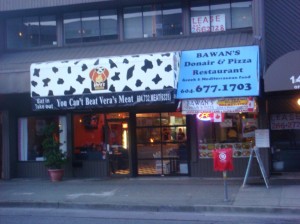 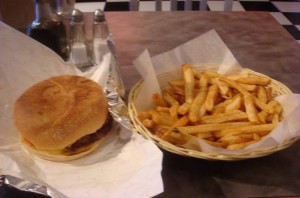 Tim Hortons
Tim Hortons is the most famous Canadian coffee and donuts chain shop like Mister Donut in Japan. They sell a lot of good donuts and drinks. 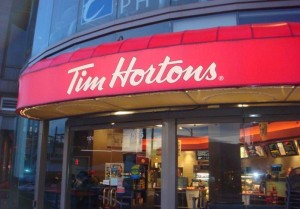 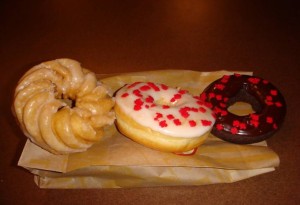 White Spot is in UBC and around in Vancouver. It is a familiar restaurant and Bar. 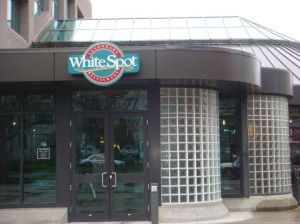 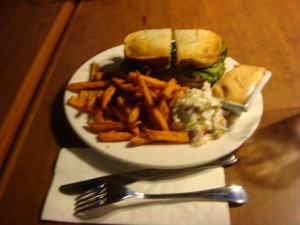 There were many performances on the streets! I will show the pictures from some of them below:
Performance at the Robson Square 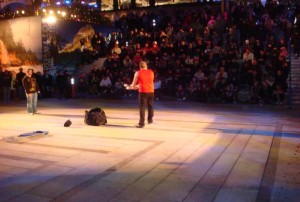 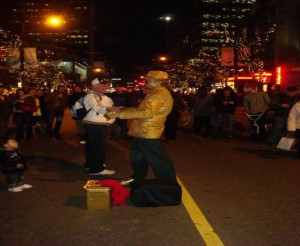 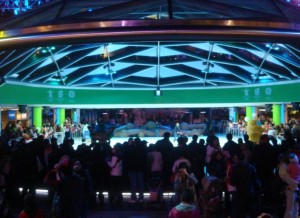 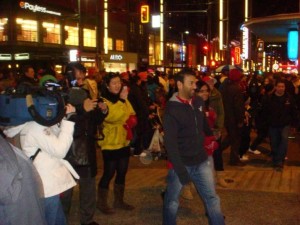 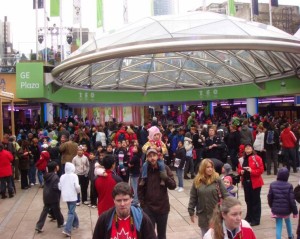 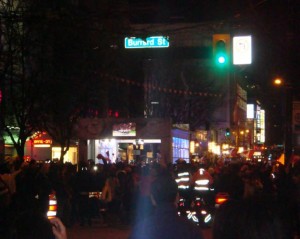 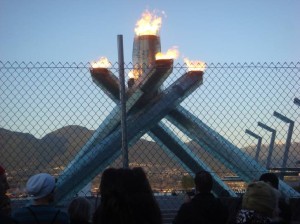 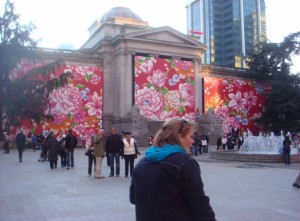 One of Mascots (Down) 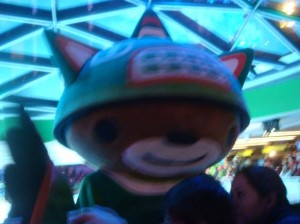 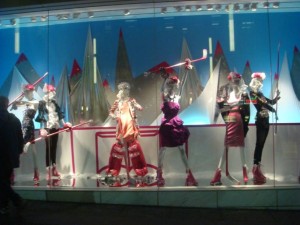 I luckily got an Olympic ticket for a curling match. It was the tie-breaker game between U.K and Sweden. 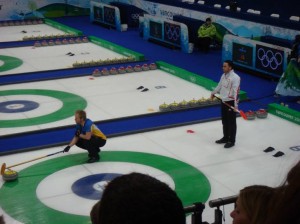 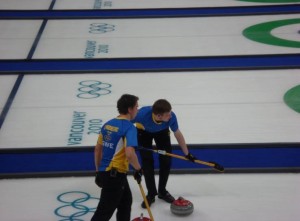 What is to be a global citizen?
I saw a lot of comments by Japanese that criticized the results of ice figure skating. They claimed that some skaters got unfairly high marks because they bought the judges. They also claimed that Japanese skaters could not get high scores because their difficult plays were not appropriated and they got nervous after they saw other player’s high scores. However, there is no evidence for these claims. I became so sad after seeing these comments. Some Japanese have biased opinions no fair view.

All performances were graceful and all skaters did their best. I believe the judges accessed all performances fairly for sure because they are professionals. We should give applause to all players and judges. A lot of slanderous comments by Japanese spoiled all their jobs.

It was lucky that those comments were not written in English. If they were done in English, they would have lowered the reputation of Japanese integrity. I am deeply ashamed of that.

What is a global citizenship? Does this just apply to a person who can speak English? I firmly believe that the answer is the person who has a fair view for any person, regardless of his or her citizenship, and enjoys the global unity brought about through sports. 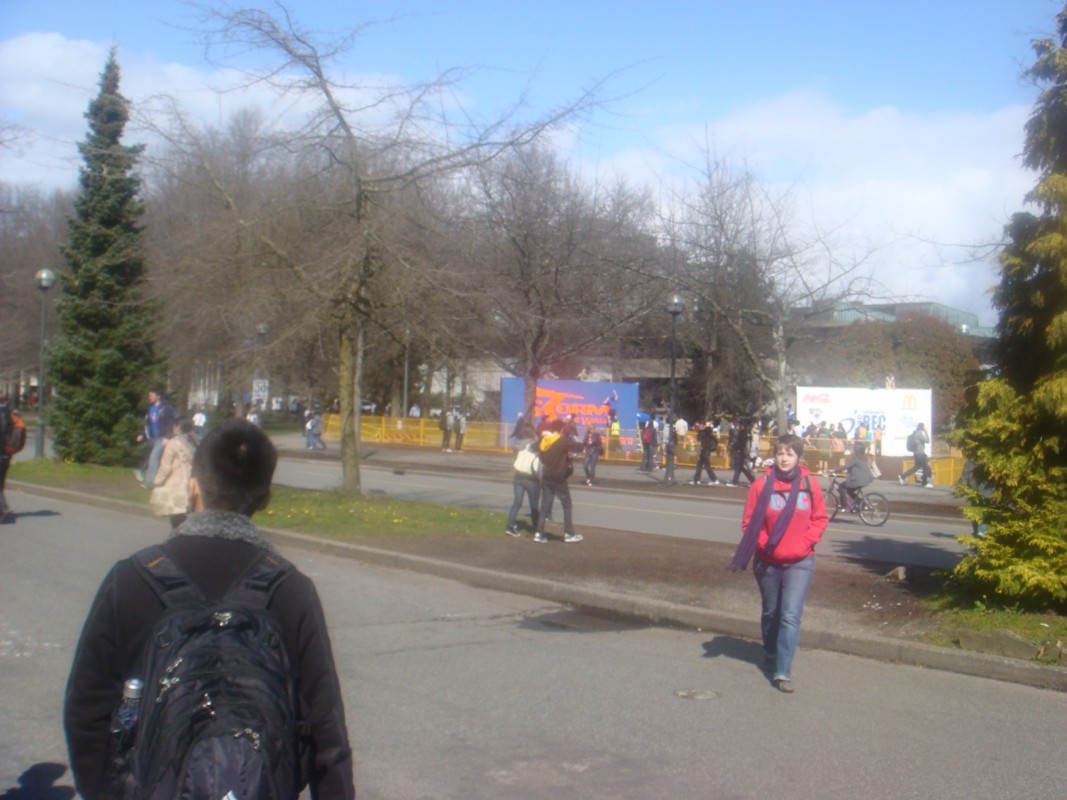 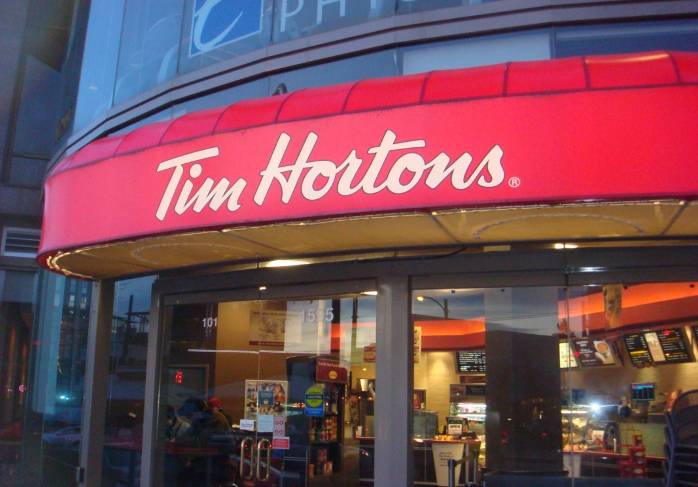 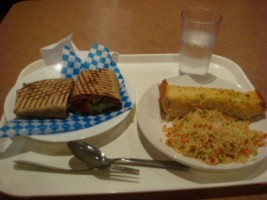